As a client of Vitality Chiropractic Australia you have access to a large range of musculoskeletal products to assist your rehabilitation & general wellbeing. In combination with this we’ve team up with various local businesses to form a fantastic partnership and referral network which our clients may take advantage of. Below you’ll discover the musculoskeletal products which are available to purchase in the clinic.

The Posture Pole is a simple therapy designed to improve your posture, assist with reducing muscular tightness and joint stress. It is primarily used by individuals who experience neck, shoulder, middle back and lower back pain. Users also love the ability to use it when performing Pilates and core exercises for additional resistance and difficulty. Using the Posture Pole as a postural rehabilitation device is as easy as lying prone with your knees bent and arms extended by your side. Users should aim to remain in this position for 5 to 10 minutes and perform each day. Other advantages of the Posture Pole include: light weight, softer then foam rollers, enhances breathing and relaxation as well as being Australian designed and made.

Hands up if you’ve tried countless pillows and still struggle to get a good nights sleep or combat your nagging neck pain? It’s no secret that finding a suitable can be difficult. Having said that, we’ve never come across a pillow quite like the Chiroflow Premium Waterbase Pillow. For many years it has been the only pillow which we recommend to our many clients. This is because there is no other pillow on the market which you can change to suit your individual needs. Using the Chiroflow Waterbase Pillow is simple. Follow the instructions to fill with water. We advise our clients to begin with approximately 2 litres of water. Try the pillow and if it doesn’t feel right for your body shape slowly add more water until you find the right level. The Chiroflow Premium Waterbase Pillow is proven to change with your neck and shoulder shape to provide you with a healthy sleeping posture.

Chiropractors regularly encounter people who experience neck, shoulder pain, reduced upper body range of motion and headaches. Some of these cases are the result of poor posture, injuries or abnormal spinal curvature. The Chiropractic Biophysics Cervical Denneroll is clinically proven to correct abnormal cervical lordosis and for this reason is one of the most common musculoskeletal rehabilitation products utilized by clients of Vitality Chiropractic Australia.The Chiropractic Biophysics Cervical Denneroll is compact and small, yet very effective. It’s important that you discuss placement and length of usage with your practitioner before using as discomfort may be reported if used incorrectly.

The Serola Sacroiliac Belt is designed to compress and support the sacroiliac joints. This process assists to reduce stress and strain upon the pelvis and joints of the lower back. We find that this product is particularly useful in cases of severe acute lower back pain which may be due to pelvic sprain, facet joint sprain or disc injury. Given this, if you’re suffering from lower back pain, gluteal spasm, antalgic posture, sciatica or referred pain then this product may be suitable for you. The Serola Sacroiliac Belt can be comfortably worn during occupational work as well as day to day activities to assist your prompt recovery from lower back pain. When wearing the Serola Sacroiliac Belt users are instructed to place the belt at the top of the pelvis and pull the two side straps tightly until it is firmly fixed. When acute symptoms have resolved it’s important to discuss appropriate long term rehabilitation strategies with your practitioner.

The Flex-Ice Reusable Hot & Cold Packs are fantastic for clients who require a hot or cold compress following or between treatments. Or to simply store around the house when the kids hurt themselves – which we all know is inevitable! We find that majority of clients wish to purchase two packs and therefore use one of hot and one for cold. To use as a cold compress, simply store the Flex-Ice pack in the freezer so it’s ready for immediate use when required. The unique gel solution within the pack keeps the compress soft so that it can mold to different areas of the body. To use a hot compress, place the pack in the microwave and heat for approximately 30 to 60 seconds (depending upon the strength of your microwave). Wrap the Flex-Ice pack so that it’s no directly placed onto the skin. Hot and cold compress are indicated for a range of musculoskeletal injuries to reduce inflammation and pain. Research continues to demonstrate the many benefits of cold, heat and combination therapy. For specific directions, time of application and advice we encourage you to speak directly with your therapist.

We stock two ranges of Theraband’s which clients are able to utilize in a variety of different settings. Our first product is a looped Theraband which delivers versatility and ease of use that change how people experience exercise and rehabilitation. The looped design provides multiple, unique grip and anchor options for users. We particularly recommend a looped design for individuals who require specific lumbopelvic, abdominal and gluteal strengthening. Our second product is the standard resistance Theraband which can be utilized by people seeking to rehabilitate injuries, improving functional movement and strength. These Theraband’s are particularly easy to use, convenient, portable and a suitable alternative the free or machine weights. Each product comes in a range of strengths and are therefore appropriate for all levels of fitness.

Sole Revolution Functional Orthotic’s offer a unique point of difference to standard Orthotic’s offered by Podiatrists. Each insert has six points of foot support, are able to be worn immediately be the user and are a fraction of the cost of custom Orthotic’s available on the market. Sole Revolution is an Australian owner company which spent a great amount of time and detail researching feet, arches and Orthotic’s. This research led to an understanding that majority of Orthotic’s available on the market are limited in their application as they do not simultaneously support all arches of the feet and neurologically develop muscular strength of the foot. In combination with this majority of companies did not view the foot from a functional perspective. As we walk the feet undergo various phases of gait which requires an amazing amount of functionality, not a static posture. This is perhaps the major unique difference of the Sole Revolution Function Orthotic. Users report an immediate improvement in pain levels, support, lower extremity and core strength, greater hip mobility, increased power & endurance, enhanced running technique and ability and much more. Sole Revolution Functional Orthotic’s are available in a range of sizes including 35/36, 37/38, 39/40, 41/42, 43/44 and 45/46.

Glucosamine is responsible for building cartilage within the body. Cartilage provides shock absorption for our joints as well as ensuring smooth movement occurs within joint surfaces. Importantly, if you have a seafood allergy than Glucosamine supplementation is not recommended as it’s commonly derived from crab, lobster or shrimp. Chondroitin is also a compound naturally found within the body and assists with providing nutrients and hydration to cartilage. The Blooms Glucosamine & Chondroitin supplement is particularly useful for individuals who suffer from joint pain or arthritic changes such as Osteoarthritis. Different supplements contain varying amounts of each compound and therefore it’s important to read the label carefully. As a general rule of thumb, it’s recommended that users consume 1500mg/day of Glucosamine sulfate, 1500mg/day of Glucosamine hydrochloride and 1000mg/day or Chondroitin sulfate. We encourage you to discuss this product and any other supplement with a suitably trained professional before consumption.

Fisiocrem Solugel is a fantastic topical cream to assist with muscular aches & pains. Fisiocrem uses active ingredients including Arnica, Hypericum and Calendula that have been traditionally used for healing and massage for many years. Fisiocrem Solugel contains high levels of active plant extracts and is therefore a suitable option for sufferers of allergies and sensitive skin. Fisiocrem is available in a range of sizes including 60g, 120g and 250g tubes. At Vitality Chiropractic Australia we stock the 120g tube.

Exercise balls are constructed of soft elastic and come in a range of sizes. Each ball is filled with air and commonly utilized by physical therapists or recreational athletes for exercise & rehabilitation. Swiss balls have a variety of applications such as core stability exercises and postural exercises. The primary benefit of using an exercise ball is performing an exercise on an unstable surface which requires greater body stabilization and therefore muscle activation. 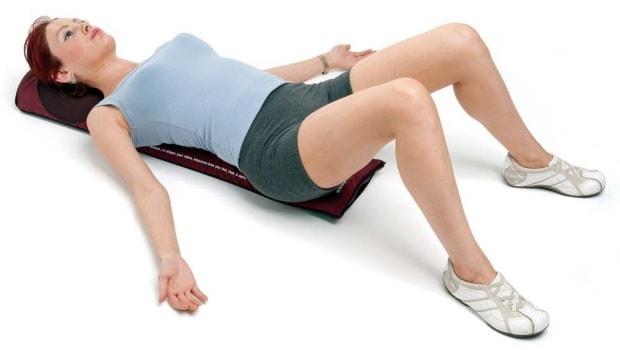 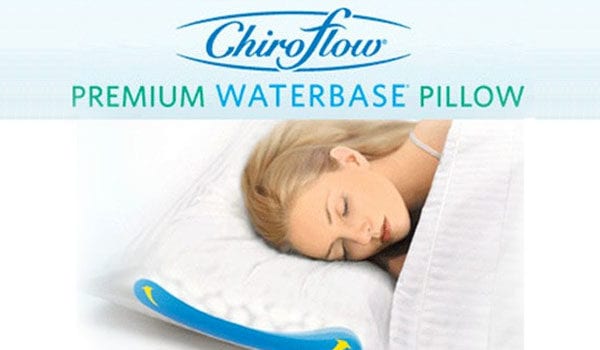 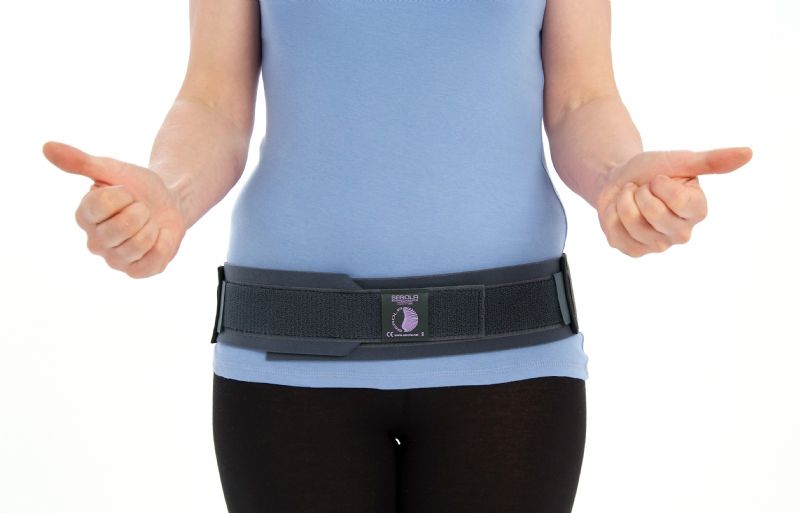 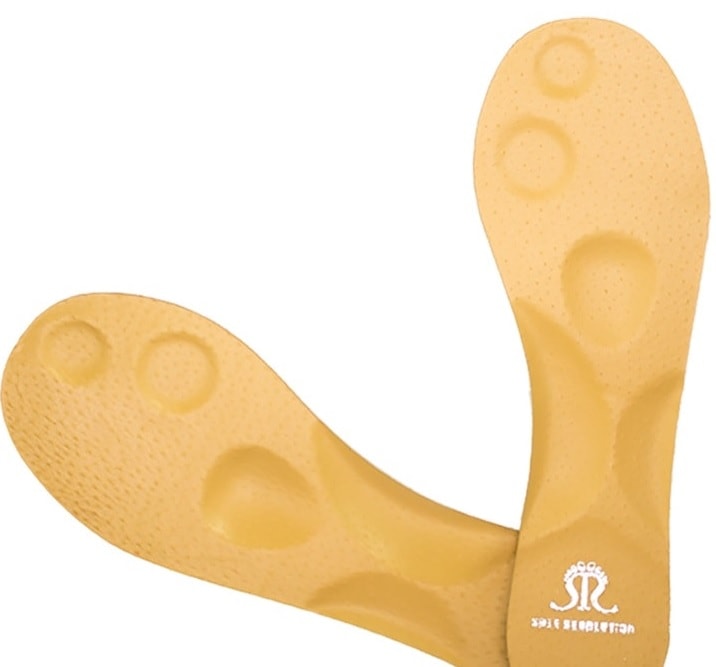 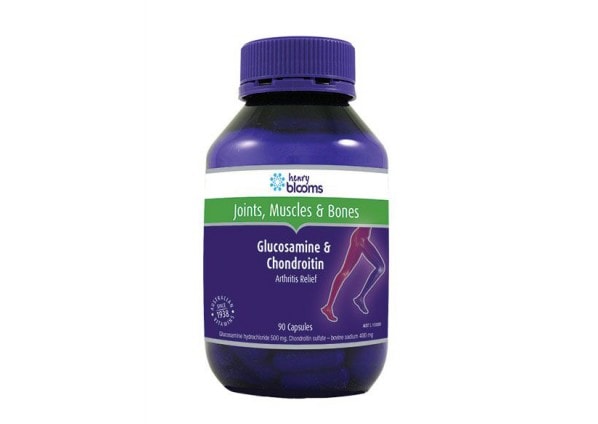 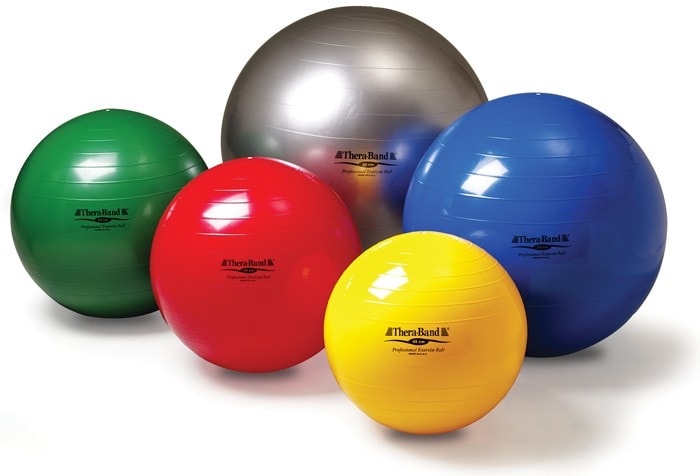